George Archer-Shee aka The Winslow Boy Content from the guide to life, the universe and everything 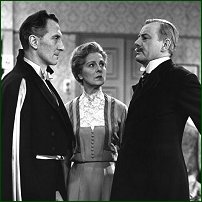 The Winslow Boy, starring the matinee idol Robert Donat, was filmed in 1948. This black-and-white film tells the true story of a young boy and his family fighting against injustice. The heart-warming dramatisation was based upon the play of the same name by Terence Rattigan who, with some poetic licence, brought the story of George Archer-Shee to stage and screen.

George Archer-Shee was just thirteen when his character was called into question. He lived in a time when a man's word was his honour. Indeed, his family were the very face of middle-class respectability; his father was a bank manager, his elder brother a Tory MP and the family were conservative in every sense of the word.

George was a naval cadet at Osborne Naval College on the Isle of Wight. In 1908, a charge was made that George had stolen a five-shilling postal order from another cadet's locker and that he signed and presented it at the post office thereby stealing the money.

The college carried out what passed for an investigation and George, despite maintaining his innocence, was expelled in shame. However, that wasn't to be the end of the matter. What followed was an inspirational tale of right against might.

Martin Archer-Shee had a good reputation to keep, so when his son returned home he spent some considerable time questioning the boy in an effort to get to the truth of the matter. By the end of the sessions the one thing that Martin was sure of was that his son was indeed innocent. The problem was proving his innocence, especially against the Admiralty. Martin and his eldest son (also called Martin), decided that the only option was to sue the Crown. That was easier said than done.

Martin junior was an MP and as such had made the acquaintance of Edward Carson, the voice of Irish Unionism. Carson wasn't just an inspired orator but was an impressive politician and an eminent barrister. He also had no interest in the trifling matter of a 13-year-old being expelled from school. Martin was not easily dissuaded, though and through his persistence, Carson eventually listened to the tale.

Carson's credentials were beyond reproach. In 1895 he brought about the fall of his old acquaintance Oscar Wilde1, through ruthless questioning in Wilde's ill-advised libel case against the Marquis of Queensbury. Carson had also defended the London Evening Standard in an action brought about by George Cadbury2, regarding allegations of slave labour. He had a strong aversion to even petty injustices and when he heard that young George had probably been the scapegoat because he was Roman Catholic it tipped the balance and Carson agreed to at least interview George.

Carson, as can be seen, had been around the block a few times so could spot a liar and more importantly, trip one up with clever questioning. He questioned George for three solid hours. At the end of the day Carson was convinced that the young lad was indeed telling the truth. He had also established that George's father was prepared to spend his life savings to prove the boy's innocence. Satisfied that right needed a champion, Carson agreed to represent George for a nominal fee.

The next hurdle for Carson and the family was to get the case before a court. This again wasn't as easy as would first appear. Carson had to make use of a Petition of Right. This is essential when suing the Crown, and involves petitioning the Home Office, the Attorney General and finally the Queen, or in the case of George Archer-Shee, the King.

In May 1909, King Edward VII granted Carson's Petition with his signature alongside the words Let right be done and the court case was on - albeit briefly. The Admiralty challenged the petition and had it overturned, but Carson appealed against this decision and finally won the right to bring the case to court.

When the parties took their places for the battle on 26 July, 1910, Sir Rufus Isaacs, Solicitor General, represented the Admiralty. This couldn't have pleased Carson more - Isaacs was the leading barrister in the country and Carson's arch rival. Even in those days, the press were having a field day. Without the distraction of 24 hour news, the newspapers were leading with the Archer-Shee case. The public empathised with the family risking everything to clear their son's name, but they also relished the clash of the titans which was promised with Carson versus Isaacs.

Four days into the trial, it was suddenly over. Isaacs, the Admiralty and the Crown had accepted George's innocence, such was the lack of evidence and Carson's skilled cross-examination of the witnesses, notably the Crown's most important witness, the post-mistress.

The records showed that two boys were given permission to leave the grounds of the college that day in order to attend the post office. Miss Tucker claimed that the same boy purchased a postal order for 15s and 6d, then returned and cashed the stolen one for 5s. George had indeed purchased an order3 to buy a model train, but why if he had 15s and 6d4 would he need to steal a further 5s? Carson showed that to Miss Taylor one young lad in uniform did indeed look much like another, so her evidence was unsafe. At any rate, a more likely suspect came to the fore and the Archer-Shees were delighted to have their son exonerated. Recompense was neither sought nor offered. No-one else was ever charged, expelled or punished for the theft.

An apology was sent from the Admiralty to the Archer-Shees.

The case didn't just drop from the headlines, however, it became the subject of heated debate in Parliament, and the fact that George was not offered any form of compensation by the Admiralty gnawed at the public's overall sense of injustice.

George's brother Martin raised the issue with his right honourable colleagues in the House. Costs plus damages of £3,000 were paid and the book was closed on the Archer-Shee case.

Poor George, however, didn't have such a happy ending. He went off to fight for King and country in World War One, and was a casualty in the first battle of Ypres in 1914.

Why Terence Rattigan chose this subject for his play, The Winslow Boy, is a bit of a mystery. He brought it forward in time, changed the names and indeed characters of some of the family members, but he brought immortality for George. The play first hit the stage in the austere post-war Britain of 1946. Most people over a certain age will remember the movie with fondness.

There is also the old saying for those who continually proclaim their innocence: Who do you think you are - the Winslow Boy?

1When Wilde heard of Carson's appointment for the Marquis of Queensbury he said: 'No doubt he will pursue his case with all the added bitterness of an old friend'.2Yes, as in Cadbury's Chocolate.3Postal Orders were used to purchase items, or to send 'money' by post in the absence of a cheque - and are still used the same way today.4Prior to 15 February, 1971, British currency was LSD. The pre-decimalisation symbols 's' for shilling and 'd' for pence derive from the Latin 'solidus' and 'denarius' used in the Middle Ages. The '£' sign developed from the 'l' for ' Libra'.