When the Mayor of Grimsby met Prince Makaroo Content from the guide to life, the universe and everything 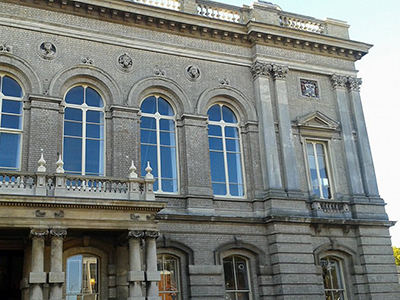 In 1906, the mayor of Grimsby, Lincolnshire, UK, was the Alderman Jacob Pickwell JP. He wasn't even dressed when he got a telephone call early one April morning, from someone on Grimsby Docks. The mayor was informed that a foreign dignitary called Prince Makaroo of West Africa, en route to Liverpool, would like to pay his respects. The normally-unflappable mayor responded that it would be his honour to receive the royal personage and he would organise a civic reception. Mayor Pickwell dressed in his finest regalia and headed for the Town Hall, detouring only to the Grimsby Telegraph building to collect a reporter, and barked out instructions to his staff. Whatever civic business had been planned for that day was postponed as everyone from the mayor to the tea lady gathered on the steps of the Town Hall, eagerly awaiting the African prince's arrival.

Prince Makaroo created quite a stir amongst the townsfolk as he rode in an open landau along the streets of Grimsby from the docks to Town Hall Square. It's odds-on that they knew nothing of Africa, its people or culture. His skin was the colour of ebony and he was elegantly dressed, wearing a frock coat and silk hat. The prince certainly got the red-carpet treatment; handshakes all round and awkward bowing ensued. The people of Grimsby were not used to royal visits, but they did the best they could. The prince was given tea poured from a silver teapot, and offered cake and sweetmeats served on the town's monogrammed china tea service. The mayor toasted his guest and said that he would be delighted if the prince would delay his journey to Liverpool until the next day so that he could be guest of honour at a civic dinner that evening. The prince acquiesced and replied to the toast in his perfect, crisp English, thanking the mayor, his staff and the people of Grimsby for their gracious hospitality. We can imagine how the mayor's chest must have puffed out with pride.

At that moment, in burst Chief Constable John Stirling, who informed the stunned mayor that his guest was no African prince but a fraudster known as Khaki Jim in disguise. The well-dressed man in the open landau had created such a spectacle on his way through the streets of Edwardian Grimsby that by mid-morning everyone except trawlermen still at sea had heard of the royal visitor from the other side of the world. Upon alighting, Prince Makaroo had to pass the police station which was housed within the Town Hall. He had been spotted by an eagle-eyed policeman, who had just been applying a 'Wanted' poster of 'Khaki Jim' to their wall. Struck by the resemblance between the fugitive and the foreign prince, the cop reported his suspicions to his chief. By the time they had rubbed off the black boot polish, 'Prince Makaroo' and Khaki Jim were one and the same. He was arrested on the spot by the chief constable and charged with theft and obtaining goods by false pretences at the police station. His real name was Charles Isaac Brown, a 23-year-old second engineer and small-time crook. Brown had originally been wanted in connection with running up bills with landladies in Hull and Grimsby then absconding. He had earned a reputation as 'a ladies-man who promenaded in uniform' and passed himself off as 'Sergeant Gordon'. Brown protested his arrest and insisted that he was 'the rightful heir to Zululand' but the evidence against him was overwhelming, especially after he had been washed. To this day, Brown is Grimsby's most well-known Köpenickiade (hoaxer), named after Der Hauptmann von Köpenick.

The red-faced mayor was left to reorganise his day and rescue what he could of his dignity. How he must have regretted alerting that Grimsby Telegraph reporter; the elaborate ruse was gold dust for the local rag. Thankfully Mayor Pickwell was well-respected and (almost) everyone else had also been hoodwinked by the brazen criminal, so only his pride was hurt. However, the embarrassing municipal incident has never been archived. The story of how Mayor Pickwell and his dignitaries had been so easily taken in regularly appears in the 'Bygones' segment of the Grimsby Telegraph. The sheer audacity of the imposter posing as foreign royalty can still invoke conversation and bring a smile to the faces of new readers over a century later.